…and everytime before the surgical anesthetic took me under, a fleeting thought crossed my mind: “Turn off the Stove!” 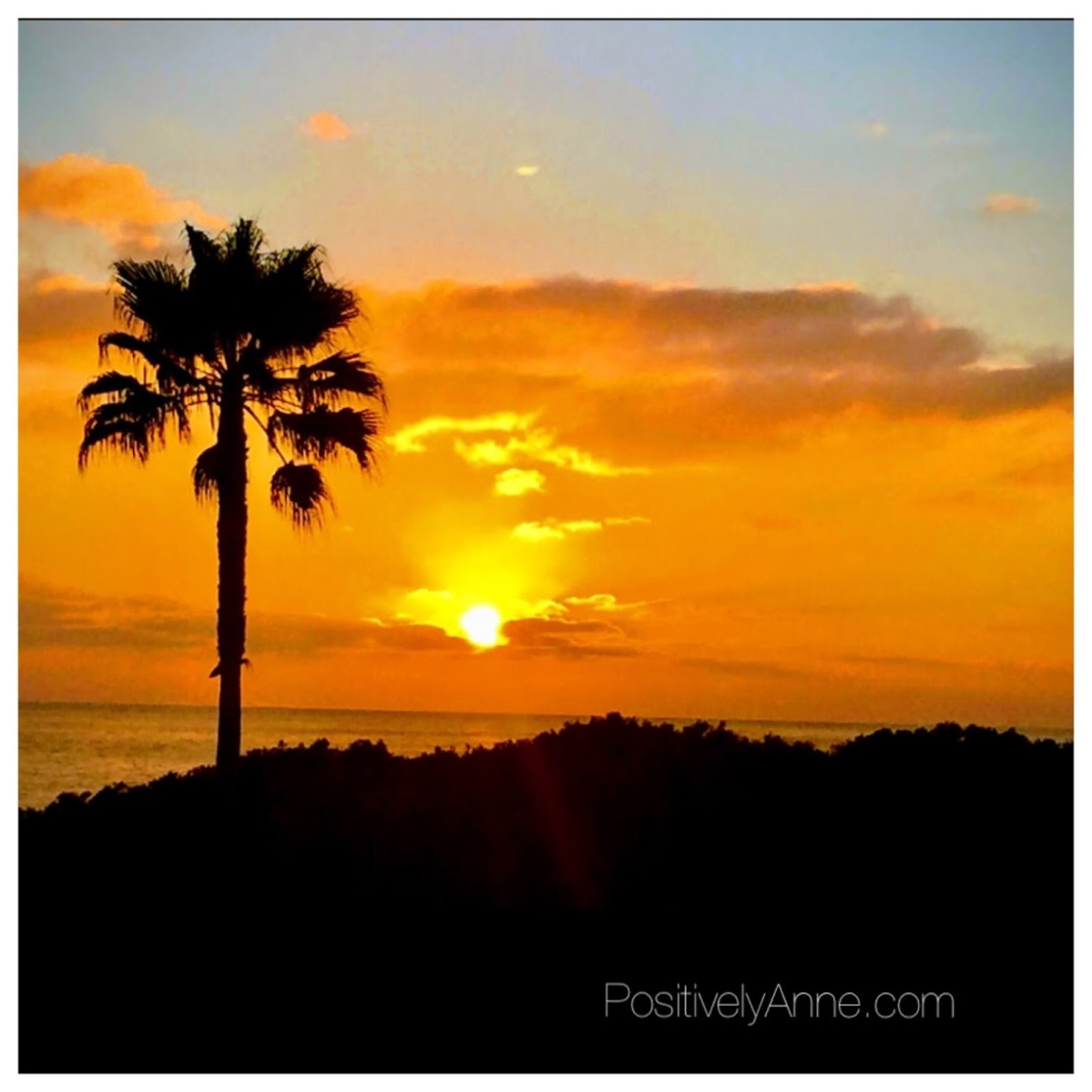 In 2016, my remarkably stellar health decided to make up for 52 years of an otherwise perfect track record.  I spent fifteen consecutive months floating in and out of stark operating rooms; their interiors filled with all sorts of monitors and robotic machinery sporting lobster like claws and dozens of masked strangers, whose eyes reflected the seriousness of my condition and yet, were somehow comforting.

After so many consecutive surgeries, it often times felt like I was dropped into the middle of an episode of “Grey’s Anatomy”.  But unlike the television drama, my encounters with Mr. McDreamy and company were a little strange to say the least, as each and every time before the surgical anesthetic took me under, a fleeting thought crossed my mind:

Given everything I could possibly consider as my last conscious thought: gratitude for my life, love for my family, thankfulness that the doctor hovering over me with that long needle was pretty good looking…concern for “turning off the stove” didn’t even register.

Definitely not an episode of “Grey’s Anatomy!”

“Maybe it’s just some crazy side effect of the anesthetic!” My family and close friends knew how often I fell into the “only one percent of the population gets this side effect” column, so the possibility that this was just some sort of reoccurring hallucination (brought on by some very powerful drugs) wasn’t unreasonable.

“Maybe it’s just one of those random things we humans worry about, like turning off the lights or locking the front door, when we are going somewhere for an extended period of time.”  Possible, but…the fact that this idea of “turning off the stove” kept happening, surgery, after surgery, I had to think there was something more to it.

When I was first diagnosed with breast cancer, my family was already dealing with my father-in-law’s declining health due to dementia and so I was determined not to let a little thing like “cancer” rock my world any more than it had to.   My prognosis was better than good and I had no concerns that life wouldn’t soon return to normal once I took care of this little blip on my radar.

But as time passed, and complications arose for me and other surgeries were required to treat those complications, it became a daily chore for me to keep up the positive veneer.

On the inside, I was angry.  A seething, burning flame!  A stove perpetually lit!

Seething with anger that I didn’t have any control over getting cancer or the other issues that ravaged my body.  Seething that my perfect life plan was no longer perfect.  Seething, just to seethe because, well, just because!!!

One could argue that it’s perfectly normal to be angry at the cancer demon. I mean we are trained from the cradle to light a fire in our bellies to beat life’s demons, right?

But what if that that fire is always on,  not only to produce the energy and passion needed to conquer life’s demons, but to fuel perpetual anger and negativity?

Now, it matters not if the stove is turned up high or turned down low… as long as a stoves flames are left on, they can burn, scorch and destroy everything they touch UNTIL THE STOVE IS TURNED OFF!

My personal stove had been lit for fifteen months straight!

On the morning of my 15th surgery, I was handed a clipboard by a nurse with the usual paperwork attached and I began to fill it out with my usual nonchalance until I got to the line, “I understand that complications may arise that result in permanent injury, disfigurement, even death.”  I had signed my name to that line fourteen times before without giving it second thought, but today I paused, and the magnitude of those words hit me.  I felt the flames of my stove rise, higher and higher.  I COULD DIE!

And if those words came true, then would my husband, my kids, my friends remember a woman who had given life the best she had to offer or, would they, instead, remember a woman drowning in the flames and ash of her own imperfections?

No, NO, NOOOO! I couldn’t let the latter be my epitaph.

So, I turned down the flames of my stove to simmering and I signed my name on the line, put the clipboard aside and cheerfully asked my husband to pass me my purse.  In my purse, I found my makeup bag and I pulled out my trusty tube of cherry lipstick. My “happy” color always made me smile.   I painted my lips (without a mirror) and put the tube back in my bag.  I asked my husband if I looked o.k. and he said, “Great.”

But as I said, I had left the flames of doubt on my stove still simmering, just there under the surface.  So I pulled out my compact and took a look at myself in the mirror:

WHO ARE YOU KIDDING GIRL?  A little cherry lipstick can’t hide the fact that YOU ARE TERRIFIED!  Yes, you’ve beaten the odds time and again…but, c’mon, it’s only a matter of time!

My stoves flames licked higher and higher beckoning me towards negativity.

My anesthesiologist walked into the room at that moment, and I looked up from my compact, cherry lipstick smile quivering, our eyes met,

“Look at you,” he said cheerfully.  “Wow, I needed to see a bright face this morning.”

“Bright face…me?”, I thought.  I’m dying inside.  Burning up.  Searing. Tears came to my eyes and I just stared up at him.  Everything in my heart, my soul, my entire being was in my eyes at that moment.  I could feel the flames of anger and sorrow that I had been carrying around with me for the past fifteen months rise up to the surface of my body.  My skin, like the flames within me,  felt so very hot.  Could he feel it too? Could he see the flames? Something in my eyes must have registered with him because at that moment he came closer, pulled up a chair and grabbed my hand.

“I will tell you a secret”, he said.  “It’s fine for you to be scared, I get scared too…I do, but keeping you alive is also what I do and I’m good at it.  I need you to trust me, but more importantly, I need you to trust in yourself. No doubts!   You’ve made it through fourteen other surgeries just fine and this is just another one. We’ve got this!”

I’d like to tell you that I had some profound words in response and we hugged and it was a true “Grey’s Anatomy” moment, but all I did was lightly squeeze his hand.  Two quick pulses of my fingertips against his palm.  A fleeting gesture of confidence in his words that I have no idea if he even felt.  But I’d like to think he did.

But it doesn’t matter.  I felt it. I felt the sincerity in his words.  His willingness, like so many others before him,  to take on my lifes complications and face the fires of hell for me.  I closed my eyes and imagined my hand reaching,  slowly, slowly for my stoves knob.  I quickly turned it all the way off.  The flames winked out and unbelieving of what I had done, I reached out and touched the grate…it was cool to the touch.

Soothing.  Calm. Comforting.  A balm to my weary soul.

It was then that I came to understand the immense value of what the words, “Turn off the Stove” meant the past fifteen months and for my life going forward.

In times of stress, I had to let go of my ego, my pride, my fear that I, and I alone, could handle all of drama life was handing me.  God and a whole host of family and friends and medical professionals had been whispering in my ear each and every time I went into surgery and all along the road of my life, that I did not have to go it alone.  I didn’t have to fear things.  I had help…help to stay positive.

I had to “Turn off the Stove” and trust others to light my way.

As you sort through your own laundry list of challenges: health problems, difficult family dynamics, financial worries and all sorts of unresolved situations that raise your flame quotient higher and higher, just remember to keep your eyes, ears and heart open to those helpers, both familiar and stranger, who are there to whisper a reminder:

And then turn it off and go live your best life.  I can tell you it works!